Anne Rice wrote on her FaceBook page on Wednesday (July 28th) that she had decided she no longer considered herself a Christian.

The writer of the classic Vampire Chronicles including Interview With the Vampire, The Vampire Lestat and Queen of the Damned had this to say:

For those who care, and I understand if you don’t: Today I quit being a Christian. I’m out. I remain committed to Christ as always but not to being “Christian” or to being part of Christianity. It’s simply impossible for me to “belong” to this quarrelsome, hostile, disputatious, and deservedly infamous group. For ten years, I’ve tried. I’ve failed. I’m an outsider. My conscience will allow nothing else.

My faith in Christ is central to my life. My conversion from a pessimistic atheist lost in a world I didn’t understand, to an optimistic believer in a universe created and sustained by a loving God is crucial to me. But following Christ does not mean following His followers. Christ is infinitely more important than Christianity and always will be, no matter what Christianity is, has been, or might become.

Rice has stated on her FaceBook page that she has been troubled by the Catholic church‘s stance on such topics as gay marriage, the sex abuse scandals and the ex-communication of Sister Margaret McBride, the hospital administrator of a Catholic hospital who approved the abortion that saved the life of a 27-year-old pregnant woman.

During a telephone interview on Thursday, Rice commented:

“I believed for a long time that the differences, the quarrels among Christians didn’t matter a lot for the individual, that you live your life and stay out of it. But then I began to realize that it wasn’t an easy thing to do. I came to the conclusion that if I didn’t make this declaration, I was going to lose my mind.”

Rice has no plans to write about her vampires again but still plans to continue her angel series Songs of the Seraphim, which started with the novel Angel Time, the story of assassin Toby O’Dare and his encounters with the angel Malchiah. 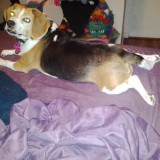 Ann Rice, I am sure that there are many like you (and me) who have turned our backs on Christianity, but still have faith in Christ and seek to follow him.

The way I see it, which is slightly different to you, is that church is a human concept, in fact, it is human-devised religion. Church and Christianised religion are one and the same man-made imagination and worked out in some sort of liturgical practice.

Revelation is not just a book at the end of the New Testament, but communication by the God and Father of Jesus Christ to human beings of those thoughts of his mind he wishes us to know about.

Church is not a New Testament concept and is a bad translation of the Greek word ekklesia. So many things found in Christianised religion, that is, in church are not found in the New Testament such as pope, liturgy, professional-salaried priests etc.

Please never lose your faith in Christ and thank you for making the distinction public for the rest of us.

Welcome back to the dark side, Anne Rice. More vampires, perchance? http://bit.ly/9vahyx

You would think that Anne Rice's slight alteration of her religious views would be enough News for one decade, but wait! There's more!!!

So, I'm curious; Does 'following Christ' mean following the Bible? Do you just pick & choose what you want from the Bible and disregard the rest? Are you going to have a name for this 'new' religion? Believe me, I totally understand if you choose not to get entwined in the mess of a denomination, letting them pick & choose for you — but if you do the same all you are doing is what hundreds of other denominations have done over the last 2000 years. You don't have to be a member of a certain ethnic right's group, feminists group or anti-gay group. You do not have to march outside an abortion clinic, and you don't have to be a member of a certain political party. If you truly 'follow Christ' you will be where you belong. If you truly want to 'follow Christ', then you will read, believe and follow the WHOLE Bible –and if not, you're not 'following Christ'

I sympathisize with her. Ex-communication of nun, who saved a human life! Horrible, just… horrible.

Finally Anne! I am proud of you my dear <3

So is saying “i quit being a Christain, but i still follow Christ the same as “i quit driving my motorcycle but im still going to get around on a motorcycle -yet the only way to do that is 1st) having faith you have motorcycle and 2) believng that motorcyles are piloted by one so you would have to pilot (drive) a motorcycle youself. Folk, all im trying to say is To be christain means to be Christ like. If you dont know who Christ is how can you be Christain? YOu cant separate your self from Christ and say you’ll follow him.

maybe a better way of saying this is: If if one is a news anchor and says there not even thou there clearly news anchors, contridicting them selfs

If I could meet her in person, I would
love to say “Thank you Anne Rice –
for so very articulately stating what
I have felt in my heart for years” !!!!

One’s ‘Faith-in-Christ’ should IN NO WAY
be tied into the man-controlled ‘Religion’
that so many refer to as “Christianity”
(especially that apostate, psuedo-religious
political-movement called ‘evangelicalism’)

It took me forever to realize that my
relationship with God (as established
through Christ Jesus, God The Son) was
IN NO WAY dependent on the apostate
psuedo-religious movement sweeping
America in the name of the “church”.

If Christ were walking the earth today,
a lot of these same “religious” types
would be the first to demand that He
be ‘crucified’ — and based merely on
who He chose as FRIENDS (women,
gays, foreigners, immigrants, the poor,
the rejected, the downtrodden, the rich,
men, old, young, happy, sad, and so on).

The “evangelicals” (not to be mistaken
for TRUE FOLLOWERS of Christ) and
other “church” types have essentially
hijacked the Christian ‘Faith’ in order to
turn it into a mammon-worshipping,
power-mongering, “Religion” of hate.

These people are more akin to a system of
ANTI-CHRIST (i.e. “against”-Christ) than
to anything tied into WHO CHRIST IS.

Their evil has reached such profound levels
that even people who know and love Christ
are turned off from them and their words
(again proving these “church” types are
really nothing more than anti-Christ,
self-righteous Pharisees and are not
even remotely related to Jesus Christ).

Never again will I waste my time stepping
into the psuedo-religious social-club that
is known as “church” or associate myself
with the political-clique that is known as
‘christianity’ — because FROM NOW ON
— I realize that I do NOT “need” either
in order to have a relationship with MY
LORD JESUS CHRIST (in fact, those
two entities were actually ‘interfering’
with my relationship with God)

THROUGH CHRIST — GOD HAS OPENLY
EXPRESSED HIS LOVE TO ‘EVERYONE’
(no matter if rich, poor, gay, straight, male,
female, sickly, healthy and so on) — AND
CHRIST (not the so-called”church”) IS
‘THE DOOR’ and ‘THE WAY’ TO GOD!!

ALL ARE WELCOME TO APPROACH AND
TO ENTER THROUGH ‘THE DOOR’ TO GOD!!

NO ONE IS REJECTED BY JESUS CHRIST !!!

JESUS LOVED AND LOVES EVERYONE !!!

“For God did NOT send His Son
into the world – to condemn
the world, BUT that the world,
THROUGH HIM, might be SAVED !!!!”

JESUS CHIST – and *not* the institution known
as “the church” or the religion called “christianity”
— IS THE WAY, THE TRUTH AND THE LIFE!!!

LIKE MANY OTHER PEOPLE – I AM DONE
WITH THE CHURCH & WITH CHRISTIANITY
— AND FROM HERE ON OUT – MY FOCUS IS
ON (AND FAITH IN GOD RELIES IN) JESUS
CHRIST AND JESUS CHRIST ALONE !!!