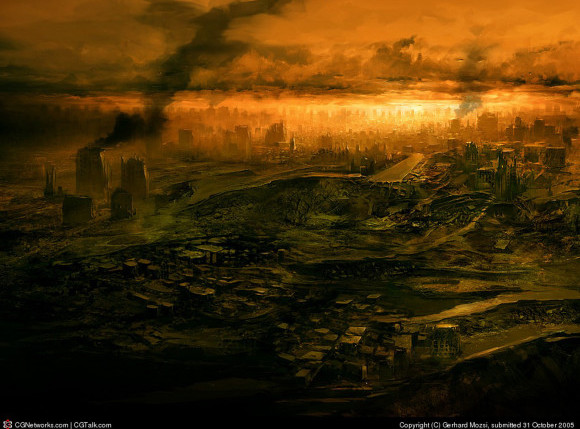 Are You Prepared for the Vampire Apocalypse

If you are reading this then the world didn’t end yesterday as predicted. But, let’s say that the apocalypse did go down – Resident Evil style. But instead of mindless flesh eating zombies, we got mindless blood-drinking vampires, similar to I Am Legend. What would you do?

Your hometown has been overrun by monstrous bloodthirsty fiends that attack everything living. They aren’t intelligent, they don’t speak, and they can only come out during the night. During the day they hide in darkness (stay away from the dark at all times of the day). They run on instinct and the need for blood. Hordes of vamps will break into your home to get at you if you aren’t properly guarded. They move quickly, bite and drain the blood of whatever being they cross paths with. Their thirst is never quenched – they feed and feed. The moment one bites you, you become infected by their saliva and within hours you die and become a monster too, the same for anyone who is killed by one. The only way to kill one of these vicious vampires is to decapitate it, burn it to ash, or expose it to sunlight. A gunshot to the chest won’t do jack shit, it won’t even slow them down.

The sun has just risen, you have until sundown to come up with a plan. The vampire apocalypse has spread throughout the city and you need to prepare for the night. Thousands are dead and are now vampires and when night comes you will have countless bloodthirsty beasts gunning for you and other survivors. What do you do? How do you spend the next few hours of sunlight? What is the plan to survive the night? Your current hiding spot won’t stand up to another massive attack by hordes of the undead all clawing their way to you. Give us your plan.

Book Giveaway: In the Forests of the Night by Amelia Atwater-Rhodes