With the 6th season of True Blood having just concluded, and with fans eager for new episodes, it’s fascinating to reflect on the bevy of issues the show has addressed over the course of its run, including: xenophobia; subjugated groups gaining tolerance in an increasingly permissive society; humanity’s constant struggle to reconcile animalistic urges with the demands of civil society; and substance abuse. And it’s this sort of social consciousness in the writing which has etched out a meaningful place for the show within the “Vampire Lore Canon,” if we may to refer to it as such.

Horror-themed entertainment, whether we’re discussing literature, films, or television, has historically provided artists with an engaging vehicle to discuss societal ills. Vampire lore has, especially, lent itself to this treatment. The Irish author Bram Stoker’s novel Dracula (1897), for instance, has frequently been interpreted by literary critics as a commentary on a range of issues, including venereal disease, the plague, homosexual desire, the treachery of love…the list could extend infinitely!

It was a novel that Victorian readers appreciated during its initial publication, but which found new popularity when German filmmaker F.W. Murnau made his cinematic adaptation, Nosferatu (1922), starring Max Schreck as the vampire Count Orlock. The film was a huge success, and inspired the touring stage show entitled Dracula penned by Hamilton Deane. When the show came to America, the lead-role was played by none other than Bela Lugosi, who would reprise his role in the famous Tod Browning film, Dracula (1931).

The film was an instant success, and Lugosi became an iconic figure. The vampire lore would see numerous appropriations over the decades. It was co-opted by the African-American community in the seventies with the Blacula blaxploitation films. In the first film, Blacula (1972), William Marshall stars as Prince Mamuwalde, an 18th Century African Prince who tries to recruit Count Dracula (Charles Macaulay) to help end the North Atlantic Slave Trade. Dracula refuses to help, however, and instead bites Mamuwalde, and thus turning him into a vampire. The film was a commercial success, and paved the way for the sequel Scream Blacula Scream (1973).

Campier treatments of the subgenre have also potentially helped pave the way for True Blood insofar as that they’ve frequently de-emphasised the blood and violence of previous iterations, and have appropriated vampire lore for audiences who may not have historically gravitated towards such ghoulish entertainment. The Lost Boys (1987) and Buffy the Vampire Slayer (1992) helped to make vampires more palatable to younger viewing audiences, and were perhaps, thus, instrumental in ushering in this new wave of vampires who are, in some cases, more charming and less menacing than the vampires of previous decades.

Nevertheless, True Blood reflects something interesting about what vampires mean to viewing audiences today: during a time of immense political and economic turmoil, even the vampires seek to better their conditions, and transcend the perceived limitations of what they were born into. 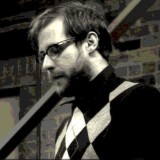 Brandon Engel is an entertainment blogger for DirectTVcomparison.com. He is an avid consumer of media, and adores television (good and bad), pulp novels, and cult films. His all-time favorite vampire film is Roman Polanski’s The Fearless Vampire Killers (1967).