Bad news for fans of DC’s comic I, Vampire – it has been canceled. Sad face. The very last issue will be #19. Booo! 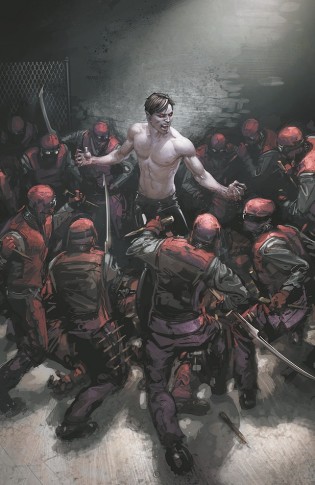 Launched in September 2011 as part of DC’s New 52, I, Vampire paired up writer Joshua Hale Fialkov and artist Andrea Sorrentino for a revival of the horror-romance serial that appeared from 1980 to 1983 in the House of Mystery anthology. Even though the series started out strong, with the debut issue selling nearly 36,000, eventually it went downhill and by the 14th issue that figure had slid below the 14,000 mark.

“Yep. I, Vampire is done as of 19. It’s been an amazing ride,” Fialkov wrote on Twitter. “Thanks to all of my collaborators and stay tuned for the kickass conclusion. I’ve known For almost four months and got to write the ending I wanted. No complaints.”

He may not have any complaints, but I’m sure the fans won’t be too pleased with the end of I, Vampire. It’s a sad day for comics. I, Vampire was visually stunning and the storyline was intriguing. I hate to see it go.

For those of you new to I, Vampire and want to check it out, you can download Issue #1 HERE. Check out the description below:

“For hundreds of years, vampire Andrew Stanton kept mankind safe from the horrors of the supernatural world, thanks to a truce he made with his ex-lover Mary, the Queen of the Damned. But now that truce has reached a bloody end and Andrew must do everything in his power to stop Mary and her dark forces from going on a killing spree – and she plans to start with the heroes of the DCU!”

Any I, Vampire fans here? How do you feel about DC ending it?