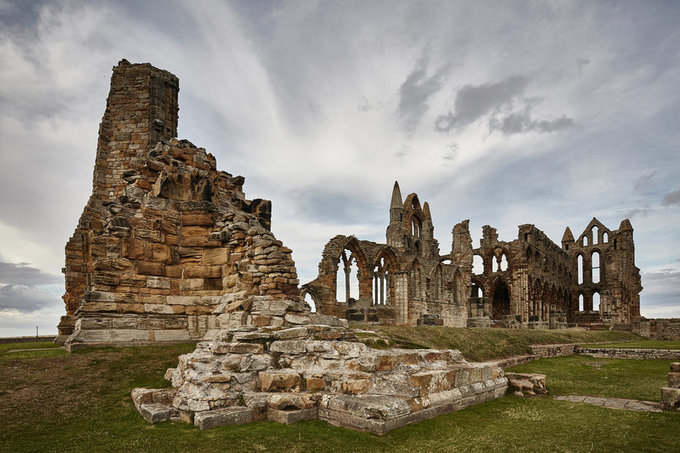 I just finished covering the upcoming Dracula tour happening in Romania this October (dractours.com) and lamenting that I won’t be able to tag along. Might as well do a write-up of that OTHER tourist hotspot for all things Dracula, a place to which I ALSO will not be going: Whitby, England. Now I know you’ve all read the Good Book, the one penned by Bram Stoker, that is, so there’s no reason for me to waste time encapsulating all the action from the novel that takes place in Whitby, right? RIGHT? Yeah, I though so.

What I will comment on instead, for the benefit of those like myself, devotees of Stoker’s novel and the immortal (semi)fictional Count who have never been to Whitby (and can’t afford to go any time soon, damn it all to hell!!!). Rest assured, my fellow Draculaphiles, Whitby remains largely unchanged from how it was when Bram Stoker himself walked its streets. It has not been ruined by the annual “Goth Gathering” weekend with its influx of thousands of people in heavy mascara. It has not “sold out.” Or, if it has, the little town realizes that it can best cash-in on its notoriety by remaining as quintessentially folky and authentic as possible. *sigh* Maybe next year . . .