Recently I was having a discussion on goodreads.com asking the question, if vampires were real what book would you want it to be like? There were different replies here and there, but what caught my eye was this one comment that said she wanted it to be like Twilight. :groan: Ok, fine, I can deal with that. However, it got worse.

Mostly because they would be sparkly and feed off of animals – not humans! A little disturbing is that she said they would always have to fight the urge to kill the women they love. How that is romantic I will never know. She went on to say that most vampires are scary, have super long fangs, and are not virgins but Twilight vampires are cute, cuddly, and you get the point.

No offense to Twilight, but I really thought that book did all the damage it could do with the sparkly thing. But this did bring up a whole new type of discussion. Why do readers think it is bad for vampires to drink human blood? Is it due to the fact that it seems so … un-human? And the most important question how is it that people find vampires romantic but can’t deal with the drinking human blood part? Cause as we all know, but most don’t want to admit, there are people out there who get their jollies off of stuff like that. So I can see why they love the idea of vampires but if you can’t deal with the drinking human blood thing, then what’s going on here?

Due to this I have come to wonder if it truly is the vampire that these women adore. Besides books like Twilight, vampires drink human blood. Either straight from the human or from bags it doesn’t matter this is what they do. If vampires were real why would this disgust people so much? At that point they would be at the top of the food chain. Right now we are at the top of the food chain and we eat meat. I know in some cultures they do drink the blood of animals. Is society in the United States truly blind to these actions going on?

After explaining this I get the reply that it is different because we can’t speak to animals and they don’t have their own culture and such, which I don’t find a valid point. I completely believe that you can speak to animals and that they understand you. Also, every animal does have its own culture, its own history, its own way of life. Just because you cannot have a conversation with them does not mean their life is less important then our own.

If vampires were real they would drink blood, even in Twilight they would drink animal blood. I guess that is ok with some people because they are animals and not humans. What it really came down to was the discussion of a world filled with evil vampires or good vampires. However, in every society you will have your good and you will have your bad. Dose society not remember Jeffrey Dahmer or Jack the Ripper? There is no good without bad.

If vampires were real we, as a society, would have to realize that them drinking blood is what they do. Yes, I would like it if they didn’t kill the human or drank from a willing participant. It would be nice but not always the case.

In the end, I feel like readers forget what vampires are. Especially when you have the cute and cuddly vampires being written into the world. I think we all need a reminder of the history of vampires and the legends they come from. Romanticizing vampires is one thing but I never want to hear anyone say they are cute and cuddly ever again. 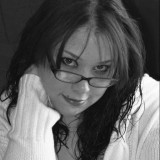 liz has her own blog at http://www.vampyrekisses.com/. Her debut book is entitled Vampyre Kisses, which came out May of 2010. Also a graduate of George Mason University this author is already working on the sequel to Vampyre Kisses due to be finished by early 2011.

17 replies on “If Vampyres Were Real”

If Vampyres Were Real http://goo.gl/fb/nK9PW #vampires

see the vampire controversy! If Vampyres Were Real http://bit.ly/9er4uf

I remember this discussion on Goodreads. It made me miss the days when vampires weren’t quite so mainstream. When people read vampire books for the blood drinking.

It’s like people who think tigers are adorable until they watch them kill. Or want all housecats to be indoor animals so they won’t kill birds. Predators are natural.

RT @vampires: If Vampyres Were Real http://bit.ly/a4mlqE #vampires(WTF their not? LoL #FF this Cool site-JM)

Interesting! I would prefer Dracula-like vampires; those you can protect yourself from. Garlic time! Then I would sit in my bedroom and watch the autumn moon in my bedroom decorated with garlic and roses…

I totally agree. And I don’t see why only killing animals makes a vampire “good”. Because a living being cannot speak your language then it deserves to die instead of you? Vampires and predators, they need human blood and that’s all. I think Anne Rice did a perfect job with this. Even Louis who is tortured by the idea of killing humans drinks human blood.

We are all Vampires, until we are born
When we are still inside our mothers or eges we feed on blood
That all changes as we enter the big world where it is nolonger warm,safe and all happyness
Without asking you your janked outside your safe cocoon into the cold, it’s frightning, you feel all kind of thing grab you and do unpleasand things to you, and you can’t fight back
If Vampires lived amoung us nowadays they whould just go to the bloodbanks or even own them

Um, wrong. Fetuses so do not feed on blood. They feed on the nutrients via the umbilical cord, blood caries the nutrients through the mother’s body, but the unborn baby doesn’t actually feed upon the blood itself.

In utero, the mouth does work. The baby swallows the amniotic fluid, and pees it back out. For nutrition, the baby relies solely on the mother. The umbilical cord contains two arteries and a vein. The cord connects to the placenta, with the placenta being an organ with a side connected to mom and a side connected to the baby. The placenta is rich in blood supply. The mom’s blood carries nutrients and oxygen to the placenta, where they are picked up by the baby’s cord and carried to the baby. The baby carries waste products (like carbon dioxide) to the placenta, where the mom’s blood picks them up and carries them away. The fetal lungs are not used in utero, although near the due date, the fetus starts to “practice” breathing movements. When the baby is born and the cord is cut, a rapid change in the baby’s body begins. The lungs fill with air and start to work, and the baby becomes able to eat with its mouth and get rid of wastes into the diaper.

I think I would prefer it like in Vampire Academy… both worlds are there… good vamps that drink human blood but do not kill and bad ones that do kill…. I would have NO problem drinking human blood and not kill… We all know there are loads of volunteers out there these days.

[…] control in that situation and how far I’ve strayed from my human self. Like Elizabeth says in this post, I really don’t understand why animal blood is ok and human blood isn’t. Vampires are […]

I agree, if vampire are going to be in romance you still have to keep to key element: they drink HUMAN blood.it’s what they do.it’s what they’ve always done and should always do. if they don’t drink human blood they aren’t vampires and referring to a vampire as “cute and cuddly” is sin against humanity. or vampanity.