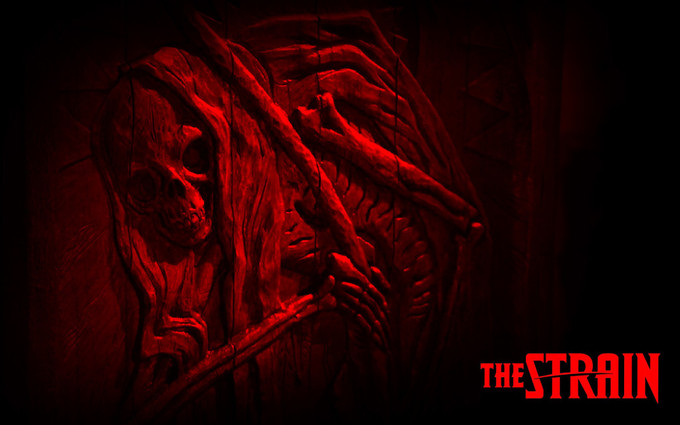 Kevin Durand of THE STRAIN comes from a theatre background and, though new to social media, said that he loves Twitter and the “instantaneous” reaction he gets from interacting with the fans because it reminds him of performing live on the stage. He constantly monitors fans’ comments, he said, even when he isn’t offering commentary himself. This reaction from the fans may “subconsciously” affect his performance, he conceded, but assured us that he is so “obsessive compulsive” about his work that he gets the scripts—which is “like Christmas” for him—and starts studying them early, so that everything has had time to coalesce in his mind and prepare him before a shoot. He is “over the moon” that the show has been renewed for a third season, and promised “fireworks” for upcoming episodes, guaranteeing us that “no one’s gonna get up to go to the bathroom” as we progress towards the finale of season two.

Asked whether he felt that the show is in a sense handicapped by the books, forced to adhere to a specific narrative, he reiterated the philosophy of series creators Chuck Hogan and Guillermo del Toro, that the show is its own “living, breathing organism” and is not dependent on the novels, and thus he doesn’t take it for granted that his character will make it all the way to the end of the series.

A finale to my coverage of the interview follows.