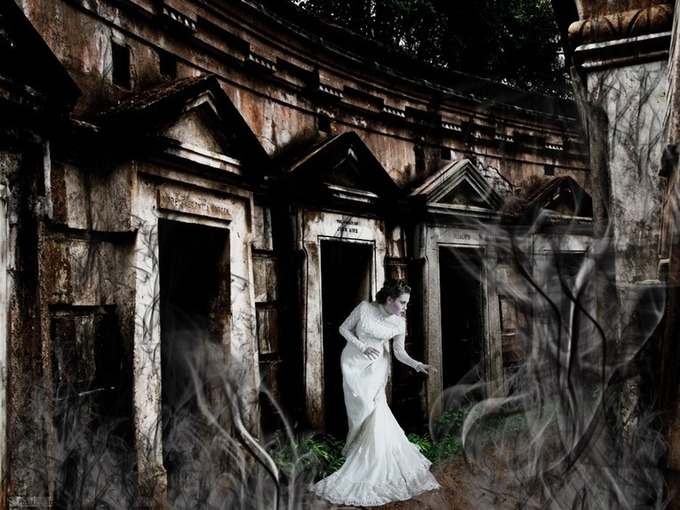 Astute readers may recall my post last week (or was it the week before last?) regarding the supposed vampire of Highgate Cemetery in London. Well, here’s some more, a postscript, if you will. Ms. Della Farrant, wife of self-professed vampire hunter David Farrant, has published her own account—sort of—of the Highgate affair. Her book, though, is titled HAUNTED HIGHGATE, and tends to focus more on ghosts and spirits than vampires. In addition to blurring the lines between vampires and other supernatural entities, her book also further obfuscates the delineation point betwixt fact and fantasy. One would expect no less, considering who she’s married to.

There’s some interesting stuff in the book, though, regardless of whether or not one accepts the legitimacy of the Highgate vampire hunt performed back in the 70s. Ms. Farrant focuses a spotlight, albeit briefly, on other reputed paranormal occurrences at Highgate, which may or may not have any connection to the “vampire.” (And may or may not have actually occurred at all.) Still, if you are only looking for some entertaining anecdotes sans the hard facts to back them up, you’ll probably find the book entertaining enough. Just don’t expect footnotes; or, if there are any, don’t expect them to bring with them credibility.