New blood has been added to the NBC’s Dracula miniseries! Two more actors have been cast in this highly awaited series. We now have our Van Helsing and Jonathan Harker!

It has been reported that Thomas Kretschmann will play famous vampire hunter Abraham Van Helsing, and Oliver Jackson-Cohen will play Jonathan Harker, a tenacious and slightly vulgar journalist desperate to climb the ranks of aristocracy in the upcoming NBC/Sky Living HD 10-episode drama series Dracula, which stars Jonathan Rhys Meyers as the Count.

Thomas and Oliver will be joining… 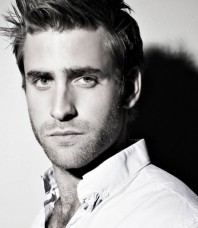 The series from Daniel Knauf (Carnivale) re-introduces Dracula (Meyers) as he arrives in London posing as American entrepreneur Alan Grayson, who maintains that he wants to bring modern science to Victorian society. In reality he hopes to wreak revenge on the people who ruined his life centuries earlier, but he falls hopelessly in love with Mina Murray (De Gouw), who appears to be the reincarnation of his dead wife.

What do you think about the latest additions? Are you excited about this upcoming series? I am! I can’t wait to see Meyers as a vampire!