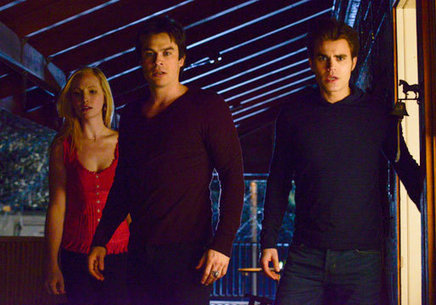 Thursday night’s season finale of The Vampire Diaries took some beloved characters away, but it also gave viewers one back — permanently. PHOTOS | Fall TV Preview: Your Guide to What’s New! Matt Davis will return to the …

the night desk’s insight:
I believe it will be Alaric who returns Damon from the other side in season 6. Alaric has always been an extremely popular character since his creation. Matt Davis’ character was killed off in season 3, which was not well received by fans. Alaric, Damon’s best friend, has the knowledge and the drive to bring him back to the… well sort of “living.” Damon’s death has been the most drastic of all TVD finales, but Alaric’s return assures it is only temporary situation. Who do you think will save Damon?