The CW has picked up four new series for next season, including Rob Thomas’iZombie and the Arrow spin-off The Flash, TVGuide.com has learned. The network also ordered Jane the Virgin and The Messengers.the night desk… END_OF_DOCUMENT_TOKEN_TO_BE_REPLACED 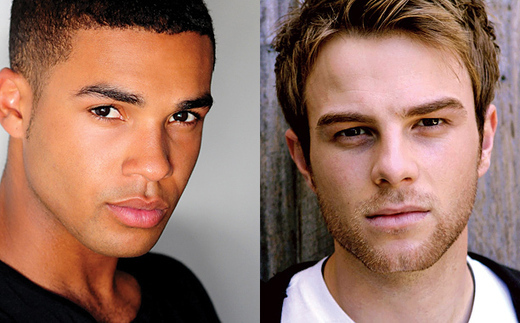 the night desk’s insight:
The CW has decided to create a spinoff from its longest lasting, most popular show ‘Supernatural,’ calling it “Tribes’ based out of Chicago. They have signed two of the main characters, one of which is good ol’ Original vamp Kol, well his alter ego, Nathaniel Buzolic at least. The fun bad boy vamp whom was well played, and lived far too short of a time, before being killed off by Damon, Stefan, and the crew. Kol’s protrayer, Aussie born Nathaniel Buzolic will join the new series with British actor Lucien Laviscount as his costar. It’s reported that unlike ‘Supernatural’s “traveling to the monsters” format, Chicago will be the only place we will follow on this show. I’m excited to see the handsome Nathaniel again, what about you?

END_OF_DOCUMENT_TOKEN_TO_BE_REPLACED

In companion to the essay on tropes over-used, here are some suggestions for tropes we rarely see. Any of these might be great, or at least have the potential to shake things up a bit.  Or maybe a lot. Beautiful Monster. Vampires are nearly always seen as either gloriously beautiful or satanically evil. But only… END_OF_DOCUMENT_TOKEN_TO_BE_REPLACED

Supernatural season 8 continues next week with episode 5, “Blood Brother,” which airs on Halloween night! This is definitely the perfect show to have on for Halloween. What’s even better is that it’s finally time for Dean’s brother to meet his new friend from purgatory. Check out the details and preview below! Episode 8.05 –… END_OF_DOCUMENT_TOKEN_TO_BE_REPLACED

The hit show Supernatural is awesome all on its own – it has an excellent storyline full of magical beasties, two gorgeous lead actors and a hilarious, yet dark, script. But, the show has recently been made even more awesome by the vamp-tacular guest stars it has had. We’ve got stars from both Buffy the… END_OF_DOCUMENT_TOKEN_TO_BE_REPLACED

Sebastian Roche, the man who once played the angel Balthazar on the hit show “Supernatural,” is trading in his wings and replacing them with vampire slaying weapons. Roche has just signed on for the third season of “The Vampire Diaries” to play a recurring character said to be “a very mysterious man who appears to… END_OF_DOCUMENT_TOKEN_TO_BE_REPLACED

So Dear Readers, I recently came across something I never even knew existed – an anime based on the show Supernatural! How did I not know about this?! Of course the second I saw it I had to look into it since I love me some Supernatural. Supernatural: The Anime Series was released a few… END_OF_DOCUMENT_TOKEN_TO_BE_REPLACED

Hurray! The CW recently announced that two of our favorite shows, The Vampire Diaries and Supernatural, will be back for another season in Fall 2011! That means we’re getting another entire season of sexy vampire brothers! And, hopefully, another Supernatural season full of vampires! According to the CW blog: “The CW’s bloodily addictive hit THE… END_OF_DOCUMENT_TOKEN_TO_BE_REPLACED

I am happy to report that that Amber Benson is returning to Supernatural! Yay! Amber is best known for her role on Buffy the Vampire Slayer as Tara, Willow’s girlfriend whose death led to the witch going all evil. But to the Supernatural fans, Amber is known as the vampire Lenore from season 2. And… END_OF_DOCUMENT_TOKEN_TO_BE_REPLACED

The first four videos are fairly disturbing, and some of the most disturbing parts are added at the beginning of the third tape/hour/DVD. Honestly, this looks more like a videotape. But the first tape covers mostly all of Bill Schnoebel’s bullshit regarding his insertion into this Wiccan/Witchcraft/channeling lifestyle. He apparently went around, and this is… END_OF_DOCUMENT_TOKEN_TO_BE_REPLACED

This was a big year for vampires; they’ve been everywhere. When 2010 began, vampire fans were enthusiastic, optimistic, and ready for a year of vampire madness. It wasn’t unfounded; the vampire had a lot of potential this year, with so many people ready to gobble up whatever the entertainment industry decided to cook up, as… END_OF_DOCUMENT_TOKEN_TO_BE_REPLACED

Go to virtually any bookstore and a seemingly odd decision awaits your eyes. Amid Biography, Western, Romance, Self Help and loads of other genres, two invariably get lumped together–Science Fiction and Fantasy. Yet as fans of either (or both) can tell you, many are the differences between the two. Why then group them together? An… END_OF_DOCUMENT_TOKEN_TO_BE_REPLACED

Send us an email at [email protected]m