Increasingly digital technology allows us to record and re-watch our favorites from the past. With this in mind, consider now a list of the seven best vampire t.v. series available for viewing.  Keep in mind lots of other shows feature vampires in one way or another, such as Supernatural or The Night Stalker or even…

END_OF_DOCUMENT_TOKEN_TO_BE_REPLACED

A new year arrives and with it time to think back and contemplate–sometimes drawing up lists. Lots of best vampire movies, hottest vampires, most badass vampire flicks etc. popping up so why not drop a list of the Top Ten Lady Vampires on T.V.? Why not indeed? In no particular order here is one such…

END_OF_DOCUMENT_TOKEN_TO_BE_REPLACED

Here are the vampire books coming out this month! Enjoy :)   Joss Whedon: The Biography by Amy Pascale and Nathan Fillion (Aug 1, 2014) From the cult favorite Buffy the Vampire Slayer, which netted four million viewers per episode, to the summer blockbuster The Avengers, which amassed a box office of $1.5 billion, Joss Whedon has made a…

END_OF_DOCUMENT_TOKEN_TO_BE_REPLACED

‘True Blood’ premiered on June 22 with a pretty shocking and abrupt death, and Bailey Noble, who plays Adilyn Bellefleur, revealed to HollywoodLife.com in an EXCLUSIVE interview that it proves that… The biggest of all of them is…did Tara really die or is this some twist we have yet to see coming?  Why kill off…

END_OF_DOCUMENT_TOKEN_TO_BE_REPLACED

Lauren Bowles says there was some “ugly” crying when the cast read the series’ final script In less than an hour the first episode of the final season will begin.  Anna Paquin a scifi star in her own right long before her lead ‘True Blood’  role, is sad to see it come to end.  The…

END_OF_DOCUMENT_TOKEN_TO_BE_REPLACED

Watch the full trailer for the seventh and final season of ‘True Blood’!the night desk’s insight:I watched and rewatched the final trailer for ‘True Blood’ and noticed the complete absence of Eric Northman. Does this mean he will not be back til very…

With just weeks to go before the seventh and final season of True Blood, HBO unleashed yet another trailer to whet our appetites. The 90-second trailer delivers a healthy mix of nostalgia, the usual violence and southern charms, along with what looks …

EXCLUSIVE: After recurring on HBO’s True Blood for the past six seasons, Tara Buck has been upped to a regular for the vampire drama’s upcoming seventh and final season.

the night desk’s insight:
Looks like we will be seeing alot of Fangtasia this season on ‘True Blood,’ and its ditzy blonde bar maid. Tara Buck’s character, “Ginger” will be a regular sight on the last season. During prior seasons, we have only seen her when the vamps needed their rest or an alibi for something they had done. She’s always been a fan fave due to her quirky, off handed personality which never seemed fazed by her dreadful situation. It will be fun to have her all season this year, maybe she will inherit the bar from her bosses or become a vamp herself. What do you think will happen with Ginger?

Prepare for some more Billith when “True Blood” returns for its seventh season this summer.the night desk’s insight:Bill has been… well let’s say.. a little lost since he became Billith. In season 7, Bill travels back into a time when he… 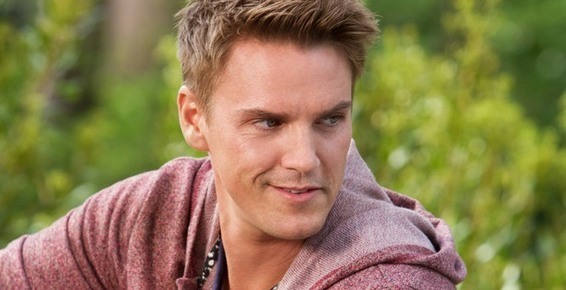 True Blood season 7 has been lining up numerous new actors for its final outing. Other additions include Nathan Parsons as James and a new boyfriend for Lafayette.

the night desk’s insight:
This gentleman from 90210 has been cast as Arlene’s new love interest now that Terry is gone. His name is Riley Smith, he looks pretty clean cut for a “rock n roll” vamp. He comes into town as part of Nathan Parson’s band. Arlene’s going from an average Joe with a heart of gold to a pretty boy rocker… hmmm, this should be very interesting to watch. Let’s face it, Arlene has needed some excitement in her life that didn’t revolve around the war and misdeeds. What do you think of Arlene’s new guy?