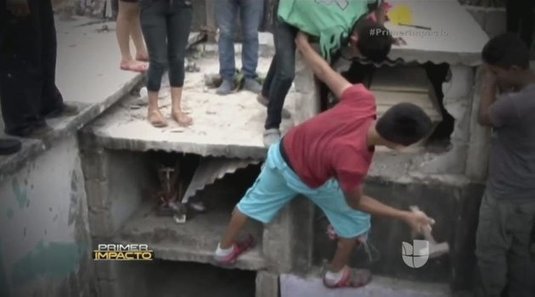 It’s not clear whether Neysi Perez, 16, was buried alive.

This sort of thing used to happen not infrequently, in all likelihood helping to fuel, if not outright inspiring, the vampire legend. In an age without advanced medical instruments, and especially in times of plague outbreaks, when victims were dying so quickly the authorities couldn’t keep up with them and getting them buried was of utmost importance (to prevent the risk of further contamination), people were interred before life processes had ceased. Then later on, they would awaken in their coffins, screaming and beating against their narrow prisons as they slowly suffocated, the oxygen all used up. It’s horrific to think about. But does this sort of thing still happen?

Premature burial does seem to be the explanation for this case, that of 16-year-old Neysi Perez, a pregnant newlywed from Honduras. The article leaves out some key information, though, that would have definitively answered this question. Was the body embalmed? If so, then this is simply a case of a grieving family imagining things. However, as it occurred in a Third World country, it is entirely plausible that no modern embalming practices were employed, which leaves the possibility that a premature burial might have occurred as disturbingly open as an exhumed grave.