In case you haven’t heard, Richelle Mead’s young adult vampire series Vampire Academy is being made into a film franchise! The first film begins shooting this summer and it has been revealed that they have found their leading stars.

After an international search, producers cast Zoey Deutch as Rose, Australian actress Lucy Fry as Lissa, and Danila Kozlovski as Dimitri. Check them out: 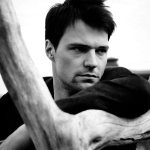 All six books in the Vampire Academy series have been bestsellers on The New York Times young adult list since the series debuted in 2007. And, a couple of the books have been turned into graphic novels. The series tells the tale of Rose Hathaway, a 17-year-old girl who has a mental and spiritual bond with her vampire best friend Lissa. The two girls attend a special school for Vampires who struggle to retain some humanity while other Vampires become more feral.

The film, which will be shot this summer, will be directed by Mark Waters. Mark’s brother Daniel wrote the screenplay.

Producer Deepak Nayer shared, “On a creative level we love the story and the creative team. We also love the potential to do a series of six strong movies based on this beloved series of novels” he said.

And who knows, there could even be more since Mead started a spinoff series, titled Bloodlines, which has a few characters from her Vampire Academy books.

For more info on the series, here’s the book description for Vampire Academy (Book 1):

“St. Vladimir’s Academy isn’t just any boarding school–it’s a hidden place where vampires are educated in the ways of magic and half-human teens train to protect them. Rose Hathaway is a Dhampir, a bodyguard for her best friend Lissa, a Moroi Vampire Princess. They’ve been on the run, but now they’re being dragged back to St. Vladimir’s–the very place where they’re most in danger. Rose and Lissa become enmeshed in forbidden romance, the Academy’s ruthless social scene, and unspeakable nighttime rituals. But they must be careful lest the Strigoi–the world’s fiercest and most dangerous vampires–make Lissa one of them forever.”

Any VA fans here? How do you feel about the actors they picked for the leading roles?