October is finally here! Here’s to a fangtastic month of ghosts, goblins, witches, werewolves, spooky nights, horror films, and of course tons of vampires! Here are a few great books that are coming out this month that you are sure to sink your teeth into, enjoy!

After Dead: What Came Next in the World of Sookie Stackhouse – by Charlaine Harris

Many Trubies were sad to see the end of the fantastic Sookie Stackhouse series. With the television  show reaching millions of fans worldwide, and with everyone wanting more, After Dead was  written to answer all your unanswered questions. Some of these answers will include, what  happened to Sookie’s cousin Hunter, the marriage of Jason and Michele, if Tara and JB’s twins grew  up to be good citizens, and most importantly, details on Sookie’s happily ever after. This book will  have extensive internal art, and a  Sookieverse Alphabet with all the characters’ lives panned out  for you.

Revealed (House of Night)- by P.C. Cast and Kristen Cast

Revealed, book 11 comes out in the House of Night series by P.C. Cast and Kristen Cast. Neferet has constantly been a force to reckon with, and after her fall in Hidden she has become even more dangerous than ever, and seeks out her revenge against Zoey and her friends, as well as humans. It is up to Zoey and her friends to stop Neferet as the chaos is buring and spreading throughout Tulsa, and the House of Night. It is up to Zoey to prevent Neferet’s anger from escalating into a full-on war.

From the Immortal Guardians series, Krysta had been used to killing vampires. She lured them in by pretending she was a helpless human, then as they came close she would draw her shoto swords and kill them before they knew what was happening. However, one night she met a mysterious, handsome vampire who only seemed to want to save her, and not make her his next meal. The vampire Étienne had been an Immortal Guardian for over two-hundred years, and he could tell that Krysta was special. With Krysta killing vampires in high places with powerful allies, Étienne and Krysta must help each other in order to save both of their lives.

Buffy the Vampire Slayer Season 9 Volume 4: Welcome to the Team– by Andrew Chambliss

Buffy is back, and now rededicated to the slayer mission. In this graphic novel, Buffy is killing off the zombie population one by one, when she gets ripped out from the middle of a battle from the demon Illyria. Ilyria and a mystical council recruit the slayer to once again go after a powerful enemy, the Siphon. Siphon has been regaining energy, and becoming more dangerous to the remnants of the magic lingering in the world, and this loss of magic in San Francisco is hitting closer to home than Buffy thinks.

Banshees, Werewolves, Vampires, and Other Creatures of the Night: Facts, Fictions, and First-Hand Accounts– by Varla Ventura

I am super excited about this book, and it’s coming out at a perfect time! This book is compiled  of all sorts of stories throughout the entire world including the shadowy hills of rural Ireland,  the dark German forests, and along abandoned farms and country roads of myths, legends,  frightening tales, and real life accounts of encounters with these different creatures. In additions to these tales, this book will also include famous vampires you may not have heard of, the identity of the first English vampire novelist and his relationship to Mary Shelley’s Frankenstein, stories of 19th century werewolf hunters, excerpts from the first psychic vampire novel, and why banshees are the most feared supernatural creature.

I know all of these books are on my to-read list! Any others not mentioned that you are looking forward to?

A few others coming out this month:

Fall of Night: The Morganville Vampires by Rachel Caine (Oct 1, 2013)

Love You to Death – Season 4: The Unofficial Companion to The Vampire Diaries by Crissy Calhoun, Heather Vee and Julie Plec (Oct 1, 2013)

Screening the Undead: Vampires and Zombies in Film and Television by Leon Hunt, Sharon Lockyer and Milly Williamson (Oct 30, 2013) 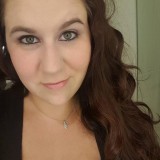 One reply on “Vampire Books Coming in October”

I have so many new books to add to my to-read list now! Thank you for the great list!