The Vampire Diaries won’t return from its hiatus until January 17, 2013 (boo!), but to keep us sane during the long wait the CW has released all sorts of spoilers and hints at what’s to come. We’re getting another hunter, Tyler and Stefan are going to go through some serious struggles, and Rebekah is SO not happy. Check out the goods below.

New Hunter
Charlie Bewley (who played Demetri in the Twilight Saga) will debut as Vaughn in the 13th episode and he’s got his sights set on the Salvatore brothers. He’s a hunter, one of The Five, and like Connor, he’s damn good at his job. Sources say to expect an interesting first meeting between Vaughn and Damon that will show just how much Damon cares for Elena.

Troubles for Stefan and Tyler
When we last saw Stefan, he had just learned that his brother Damon had slept with his ex-girlfriend Elena while she was under the influence of his sire bond. In an interview, executive producer Julie Plec said that Stefan’s reaction will not be good. “Stefan is heartbroken. He feels incredibly betrayed and angry. We’re going to see a lot of his point of view as we move forward.”

Another character that will be having a tough time will be Tyler. His plan to take down Klaus failed and the Original hybrid retaliated by killing Tyler’s mother.

Plec said that Tyler will be faced with rebounding from the blow to his confidence as a leader. “He was really growing in that [leader role] and he had people that were looking to him. Tyler’s going to struggle.” 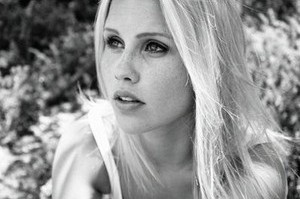 Vengeful Rebekah
Stefan and Elena get stuck in detention, and things will get interesting now that he knows about her and Damon’s hook up. Naturally, Rebekah exploits this.

“[S]he gets caught up on the goings-on in Mystic Falls in her absence, including that Stefan and Elena are broken up, that Elena slept with Damon, that there’s a sire bond at play, that the cure hasn’t been found yet — all kinds of great things which she gets out of them in the form of a pretty malicious detention at school,” Plec says.

So, there’s a new hunter, Rebekah will be playing dirty, and we have a very angsty Stefan and Tyler to deal with.

What are your thoughts on what’s coming to The Vampire Diaries?